23 April 2020 at Service4Service Blog in General 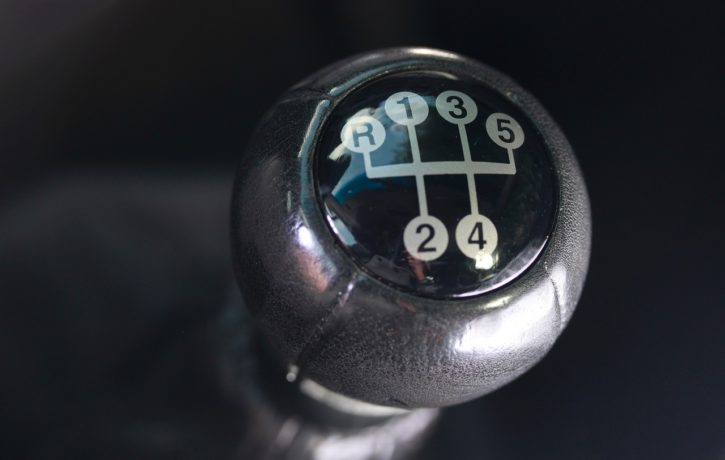 Your vehicle’s gearbox is one of the most important components of the engine, helping you control speed and torque output as you drive. A faulty gearbox can be a dangerous problem when driving, which is why you need to pay careful attention to how it’s working and whether you need to have anything checked out. To help you understand what quill require a trip to a garage and to answer any concerns, we’ve gathered some of the most common gearbox-related questions, below.

Can A Gearbox Be Repaired?

The answer to whether a gearbox can be repaired ultimately depends on what the issue is and how severe it has become. Some issues, such as gurgling sounds, can come from something as simple as low fluid levels which can be resolved by topping up or replacing oil. In some cases, there may be a deeper underlying problem that is causing low fluid levels. If you suspect there might be something wrong with your gearbox, speaking to a mechanic for advice or to have your vehicle checked.

My Gearbox Will Not Go Into Reverse

If your car won’t go into reverse gear, whether it’s an automatic or manual vehicle, there could be a number of different causes. These causes will differ depending on the type of transmission that you have, though low or dirty engine oil can be a cause for both types so in most cases, it’s best to check this first. If your fluid levels are low, the gears can slip or overheat, causing it to fall out of gear or struggle to go in at all. A dirty or clogged up fluid filter can also play a part in a vehicle that won’t go into reverse, due to any hardened deposits within the oil that could make it difficult for the car to switch between gears.

It’s also possible that you have a more physical problem in the way of broken teeth on the reverse gear. This issue can come about through driver abuse or new/learner drivers not properly shifting through the gears. If you’re hearing a click or clunk while shifting into reverse, this could be the problem and it’s time to get it repaired.

Manual Vehicles – Manual vehicles may suffer from faulty shifter mechanisms, which could be as simple as the shifter bushings, or a bent or broken shifter link or cable. Anyone driving a manual car could also find that a faulty lockout ring is to blame, which will need immediate repair. While it might be stopping you from getting into reverse gear not, a faulty or broken lockout ring could mean that you can accidentally shift into reverse while moving forward and for this reason, can’t be ignored.

Automatic Vehicles – Automatic vehicles that won’t go into reverse could have a faulty transmission position sensor or a worn-out valve body. Either of these issues would likely show up in other ways too, including issues with other gears and a noticeable shift between gears where it was smooth beforehand.

Why Do I Keep Dropping Out Of Gear?

In most cases, a car that regularly drops out of gear is likely suffering from low or contaminated engine oil. If there isn’t enough fluid in the system, the engine can’t create enough pressure to engage the gear, causing it to pop out and back into neutral. Dirty or contaminated oil can cause blockages and is generally ineffective at keeping things cool which can cause overheating and poor gear shifting.

It’s also entirely possible that the cause of your car dropping out of gear is a clutch-related issue. Clutch discs can last as little as 20,000 miles if not looked after and used properly, but up to 200,000 with good driving habits but regardless, a wearing-down clutch can be the cause of poor gear shifting. If you can’t properly engage the clutch to separate the engine and gears, you won’t be able to shift from gear to gear effectively.

Why Do My Gears Keep Grinding?

Both input and output shafts for the gearbox need to be moving at the same speed in order to change gears smoothly and when this doesn’t happen, you’ll hear grinding. Modern cars tend to have a synchroniser ring to help keep both parts up to speed, but this can also go wrong from time to time, so it’s best to have things checked out if you’re hearing any grinding or clicking noises.

Why Is My Gearbox Whining?

There are quite a few potential causes for gearbox whining, which is why it can be difficult to diagnose the issue yourself. If the whining noise seems to get louder or worse when you’re in reverse, this could mean you have a clogged fluid line, while whining that continues whenever the vehicle is in gear could mean that there’s an issue in the torque converter. If the noise stops when you park the car or switch into neutral, this could be the cause of the issue. Whatever the case, having a professional check your car over will help to ensure that whatever is going wrong is fixed rapidly, so you can get back on the road safely.

Why Is My Gearbox Oil Leaking?

Oil leaks can happen for a number of reasons, from wear and tear or broken seals to overfilled oil levels. Over time, your vehicle is at risk of general wear and tear and unfortunately, that includes your gearbox and it’s related connections. The fluid line, for example, can crack after being exposed to heat too often or being hit by road debris, while seals can be worn down over time and cause leaks as a result. Leaks should be fixed quickly, so it’s best to speak to a professional and have your car checked over at an approved garage.

Can My Gearbox Cause Slow Acceleration?

While in most cases slow acceleration will have an alternative cause such as clogged air filters, faulty fuel filters or similar, your gearbox could be playing a part in a poor-performing vehicle. If your transmission is slipping, you have low transmission fluid or the bands or gears are worn down, you could hear a whining noise and see RPM of 3,500 or more to get up to the speed you want. It can also manifest in a delay in acceleration. Similarly, leaking gearbox fluid can make it difficult to switch gears or cause potential gearbox breakdowns, which will ultimately affect acceleration ability.

If you are unsure as to the health of your gearbox or transmission or have any questions or concerns, contact us to book a visit to one of our garages, today.