14 September 2020 at Service4Service Blog in General

What We Know About The 2021 Hyundai Tucson 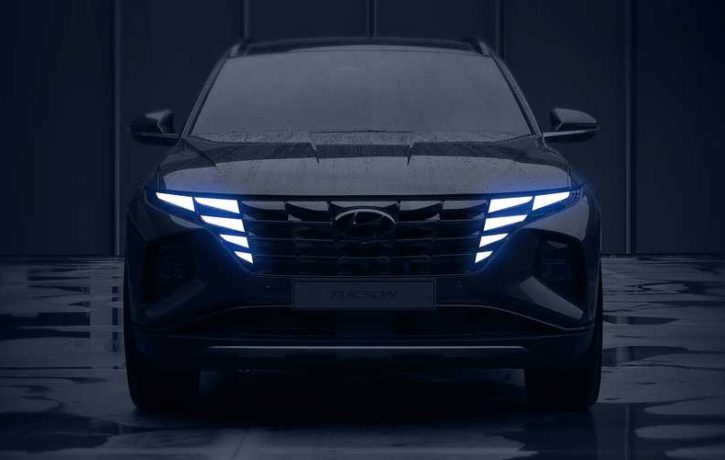 Following the release of recent spy footage, the automotive world has turned its sights towards Hyundai’s brand new 2021 Tucson. The next in the line of Tucson models will see the SUV take on a new lease of life, but with things still adorned in camouflage wrap, how much does the industry actually know about the latest addition? Well, given the Vision T show car of last year, spy photos and, of course, a bit of photo trickery on the recent teaser shots, it may be more than you’d think.

While the official reveal is set to take place on the 15th September, Hyundai’s latest test drives and teasers have given us an insight into just what to expect on reveal day. So far, we’ve been teased with a more minimalist interior than previous models, a more aggressive-looking exterior and an infotainment system to rival any of their other SUVs or crossovers. The teaser images, particularly those that experts have enhanced, showcase a unique new grille with fascinating daytime running lights well-integrated into the geometric design, all of which is just a glimpse at the huge style overhaul expected from the model.

There are also teaser images of the new-look rear of the vehicle, featuring one long red LED, with tail lamps integrated into it, as well as a hidden rear windscreen wiper for a smooth, seamless final look.

Inside the vehicle, we can expect a much more minimalist design than previous Tucson models and with some impressive high-tech systems that both look and feel futuristic. While the images teased by Hyundai seem to be renders rather than true images, they do give us an insight into the brand new digital display, featuring a 10.25 inch touchscreen infotainment system. Going by the images, this screen will feature an open area behind the controls as additional storage or simply to add to the stylish, spacious new interior.

Beyond aesthetics, however, the details have been kept relatively under wraps. We do know that the Tucson will be available in two different wheelbase lengths depending on your region – China, Korea and the United States will have access to the longer wheelbase, while Europe and the Middle East will have the shorter layout, but beyond that, you’ll have to wait to find out more on release day.

In the meantime, feel free to get in touch with a member of our team to find out more about how we can help you with your Hyundai vehicle, or any other makes and models you may have.